The vineyards at Mas de Cabrera near Gandesa were originally established in the 20th century by the Aubanell family, loyal members of the Gandesa cooperative. Unfortunately due to illness, Jorge, known to everyone as Ganxi, could no longer look after the land and decided to sell it to the current owners in 2013, with further purchases from the family following a year later.

They are situated at an altitude of around 400m above sea level. The soils in Terra Alta are a mixture of chalk and clay, with a low content of organic material.

The Mediterranean climate of our area is what shapes the wines, leaving them strong but polished. There is also a continental influence, which lowers winter temperatures and raises them in summer and there is little annual rainfall. Terra Alta is also a very sunny region but one which lies at the mercy of two prevailing winds: the Cierzo blowing from the interior and the more humid Garbí coming from the Mediterranean.

Our philosophy in the vineyard is governed by what the French call “Lutte Raisonée”. This literally translates as “Reasoned Fight”, but is perhaps better translated as “Sustainable Culture”.

Sustainable Culture is a compromise between a “free for all” and organic/biodynamic methods, with more flexibility and the possibility to use some chemicals and pesticides but less often and less aggressively than conventional producers. We believe that, conscientiously practiced, this method resembles organic culture in many ways, except for the occasional use, even if minimal, of non “organic” chemicals.

For instance, we do not use any herbicides on the vineyard, preferring to plough and cultivate the soil to control the level of weed growth. And we also recognise the benefits to the soil of cover crops which are then ploughed back in to enrich the soil.

We mainly use organic chemicals such as sulphur to control fungal problems, but believe that some alternative modern fungicides, such as mushroom-derived strobilurins, are considerably less damaging to the environment than approved “organic” copper based treatments.

Apart from ploughing, all the work in the vineyard, from winter pruning to harvest, is done by hand. By doing this, we ensure we are very connected to our vines and their needs, and hence ensure a sustainable and environmentally friendly future. 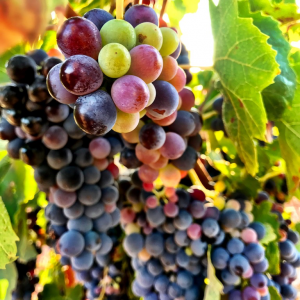 BACK
This website uses cookies to improve your experience. We'll assume you're ok with this, but you can opt-out if you wish.